You can support reconciliation
between Israelis and
Palestinians, too.

American Friends of the Parents Circle – Families Forum shares the human side of the Israeli-Palestinian conflict with the American public in order to foster a peace and reconciliation process.

The Parents Circle – Families Forum is a joint Israeli-Palestinian organization made up of more than 600 bereaved families. Their common bond is that they have lost a close family member to the conflict. But instead of choosing revenge, they have chosen a path of reconciliation. 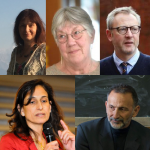 Join us on  International Peace Day to meet and honor incredible peacemakers from all over the world who have suffered a tragic loss due to violence and conflict and have used the power of their pain to create a positive, meaningful change in the world.

Horror and Hope in Beit Ummar 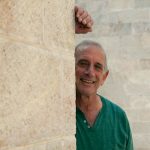 One afternoon in late July, Mu’ayid al-Alaami drove his children to the grocery store in their town, Beit Ummar, near Hebron. The IDF was active that day, there were disturbances in the town, but the father and his children were not involved. As they headed back to their home with their groceries, a squad of soldiers opened fire on their vehicle, for no apparent reason. 14 bullets struck the car, and Mohammed, Mu’ayid’s 12 year old son was hit, falling mortally wounded into the arms of his little sister.

Your support helps us continue and expand our groundbreaking projects. Your tax-deductible donation goes to support activities among Israelis and Palestinians planting seeds of reconciliation throughout our region.