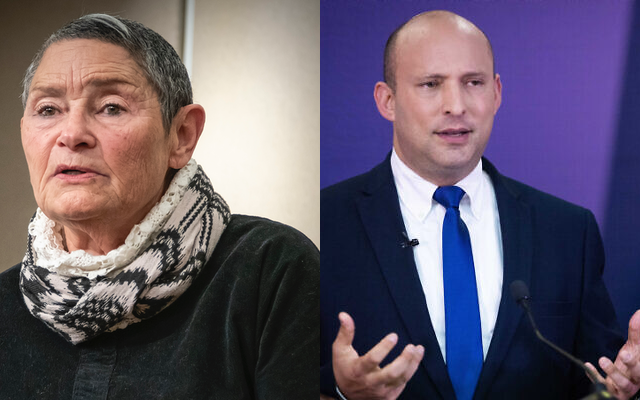 How pleased we were to see you finally meeting with the most important leader of the free world, President Biden. This was your chance for a new opportunity to create a bi-partisan relationship and repair some of the damage made by your predecessor. It seemed that even on a day fraught with pain and disaster and the death of 13 American servicemen and a lowered flag on the White House, President Biden hosted you with graciousness and a reassurance of the Israeli American relationship.

Things seemed to go well. You spoke of COVID-19, Delta, and the third vaccination with great pride. You also spoke of the imminent danger you see from Iran and the new relationship with the United Arab Emirates, Bahrain, Sudan and Morocco, and gave some biblical quotations to round everything off.

However, the elephant in the room remained exactly where it was from the beginning of this bonhomie meeting. You never mentioned our immediate neighbors, the Palestinians, no word on how you would deal with a nation calling out for basic human rights, and justice and for a state of their own. Even the agreement to reestablish an American Consulate in Jerusalem would have gone a long way to create good will. What hope could the Palestinians gain from this meeting — a very important equation in the search for peace?  None, I’m afraid.

What legacy would you like to leave behind? One of a Statesman? Who were the leaders who will always be remembered for going against the crowd? Could anyone have imagined Menahem Begin, the leader of the Irgun in 1943, sharing the Nobel Peace Prize with President Mohamed Anwar Al-Sadat after signing the peace agreement with Egypt in 1978? How brave and pragmatic he was in his transformation to understanding the need for peace with Egypt. What about Yitzhak Rabin? He went from Israeli Minister of Defense and so much violence in his life to calling for “No More Bloodshed”, freezing new settlements and signing Israel PLO accords. And finally, a peace agreement with the late King Hussein of Jordan. These were real pragmatic and yet compassionate leaders. These were Statesman.

Mr. Prime Minister, you found yourself in the most unlikely of circumstances, in a position where you too could be remembered as a great statesman and a man of foresight and peace. We, the 600 bereaved Palestinian and Israeli families of the Parents Circle –  Families Forum, who understand the consequence of no peace, beg you to look into the eyes of bereaved mothers and fathers, brothers and sisters, daughters and sons and say that you will protect their remaining loved ones by finding a way to stop the violence and to end this conflict which should have ended years ago.

Robi Damelin is a bereaved Israeli mother who lost her son, David. In 2002, David was killed by a Palestinian sniper while serving in the Israeli army.

Robi is the Israeli spokesperson for the Parents Circle – Families Forum and oversees the organization’s International Relations.

"We may not speak the same language or share equal privilege. One thing is unequivocally true: we share the same love for our children, who are the victims in every battle. What kind of adults will those who survive be?"
--Robi, PCFF
Continue reading at https://parentscirclefriends.org/damelin_statement_aug2022/

The last war between Israel and Gaza killed hundreds of innocents, including 68 children. There was no purpose to the killing, and the parties found themselves in the same situation after the fighting relented.

We are in the same pointless bloodbath again. This has to stop.