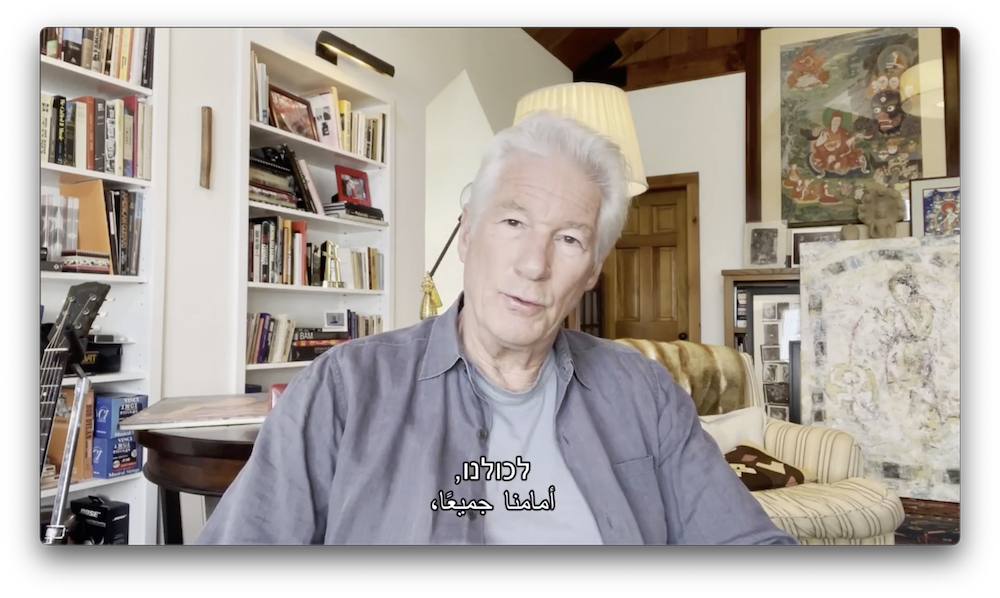 Co-hosted by Combatants for Peace and Parents Circle – Families Forum, our online Ceremony brings Palestinians and Israelis together, to share in each other’s pain: building compassion, empathy and mutual respect. Together we transform victimhood into self-empowerment and despair into hope.

Register now for the virtual ceremony

Stand with us as we declare that War is Not an Act of Fate – but a Human Choice! 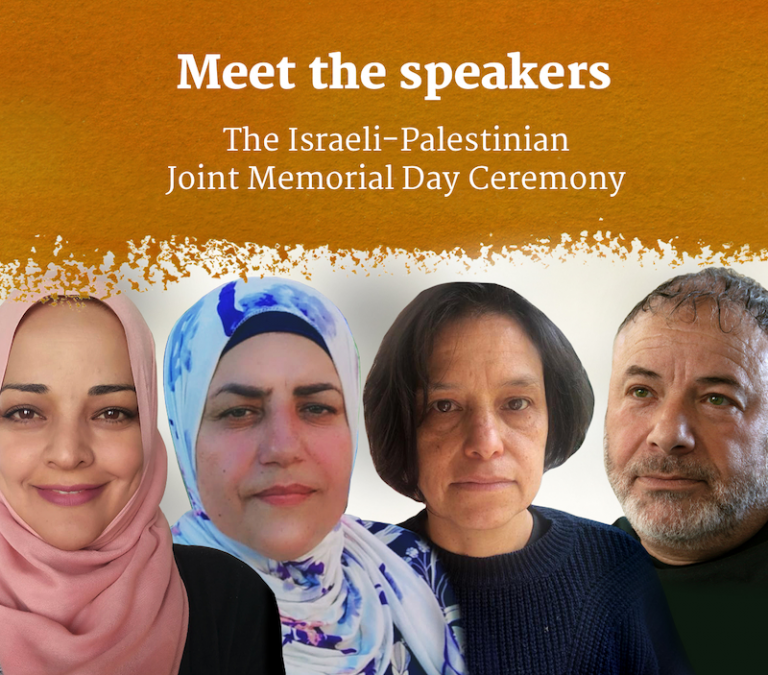 Layla Alshekh lost her young son, Qusay, when soldiers detained her and prevented her from taking him to the hospital for treatment, as he was suffering from breathing difficulties after inhaling tear gas thrown by soldiers near her home. About 16 years after the loss of her son, Layla was introduced to the Israeli-Palestinian Bereaved Families Forum. Today, she is a member of both the Forum and an activist with Combatants for Peace. She holds dialogue sessions around the world, where she tells her story and talks about the conflict and the need for peace and reconciliation.

Tamar Pikes lost her father Michael in the Six Day War before she was born, as well as her older brother, Yonatan, in the Yom Kippur War. Her other brother, Daniel, was killed in a mountaineering accident while on a trip following his military service. In 2007 and 2011 Tamar directed two documentaries that told the story of family bereavement which aired on Israeli television (“Cardboard Squares” and “Headstand”) and in 2019 she published a book documenting the passing of her mother titled “Practicing Farewell”.

Gili Meisler lost his only brother, Giora, in the Yom Kippur War. After being MIA for almost two years, Giora became known as the ‘missing soldier’ of the Yom Kippur War. Gili is a filmmaker who made “Fireflies”, in which he tells the story of Giora’s disappearance and what happened to him years later in the Far East. Six years ago, Gili joined the Bereaved Families Forum . He also conducts dialogue meetings in which he seeks to harness his personal story to promote dialogue and reconciliation.

Muna Abu Sara lost her son Khaled, when a settler intentionally ran him down with his car. Her whole family witnessed the event. Muna joined the Bereaved Family Forum a few years ago. She believes in peace between the two peoples, freedom to all, and ending the occupation.

Layla, Tamar, Gilli and Muna have been working for years so that tragedies like the ones that befell their families will not happen to others.

Their collective message is clear:

“We are not looking for revenge, but rather an end to this conflict,
and we know it is possible”. 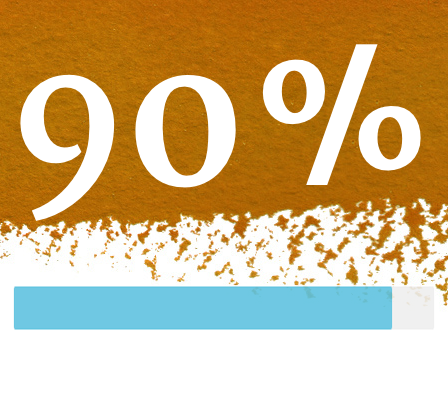 Coordinating the largest Israeli-Palestinian peace event in history is no simple task, and this ambitious effort is only made possible through your generous support. Please consider giving below – each dollar you are able to give is instrumental in spreading our shared hope of peace!