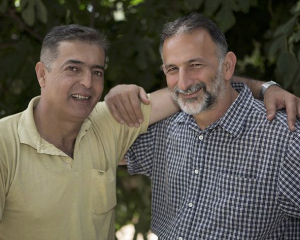 Under normal times, the visit of the President of the United States, Joe Biden, was supposed to be a sign of the initiation of a political settlement between Israel and the Palestinians, or at least the beginning of initial talks. But the political situation in Israel, along with the Iranian nuclear issue, is pushing aside the most important issue for our future – leaving the situation as it is, so much so that the leaders are not even paying lip service to the issue.

“Under normal times, such a visit would have instilled hope…”

The president’s visit comes after a particularly difficult and bloody year, in which the “family of bereaved” expanded into a huge number of innocent Israelis and Palestinians, made up of women and men, sons and daughters, parents and friends, who lost the most precious thing of all. Under normal times, such a visit would have instilled hope that something new might begin. But the reality of living in the shadow of a conflict to which we and our children are accustomed, is becoming established as a destiny, as a political burden that no one is trying to lift.

After all, in the outgoing Israeli government, we have witnessed the same as the past two decades – parties set aside their agenda for a settlement of the conflict in favor of a collective unification to bring about the replacement of the previous government. This established the perception that the conflict could wait. If this is not urgent for party leaders, why should it be for the President of the United States?

“There is no ‘appropriate time’ to start a peace process… There will always be more urgent, more convenient issues, with a clearer political outcome, for which the conflict can be abandoned and set aside.”

But this timing is also an opportunity for party leaders to internalize that there is no “appropriate time” to start a peace process, and it should be a priority to ensure a reality of peace and security for all of us. There will always be more urgent, more convenient issues, with a clearer political outcome, for which the conflict can be abandoned and set aside. We, bereaved families, who have paid the most expensive price over the years because of this, know this best of all.

Biden is a Democratic president who supports an agreement between Israel and the Palestinians and believes in a fair and just solution. Therefore, Prime Minister Lapid would do well to take advantage of the visit and say that his hand is outstretched for peace and that a government headed by him after the election will immediately begin building trust and peace and reconciliation talks between Israelis and Palestinians.

"We may not speak the same language or share equal privilege. One thing is unequivocally true: we share the same love for our children, who are the victims in every battle. What kind of adults will those who survive be?"
--Robi, PCFF
Continue reading at https://parentscirclefriends.org/damelin_statement_aug2022/

The last war between Israel and Gaza killed hundreds of innocents, including 68 children. There was no purpose to the killing, and the parties found themselves in the same situation after the fighting relented.

We are in the same pointless bloodbath again. This has to stop.