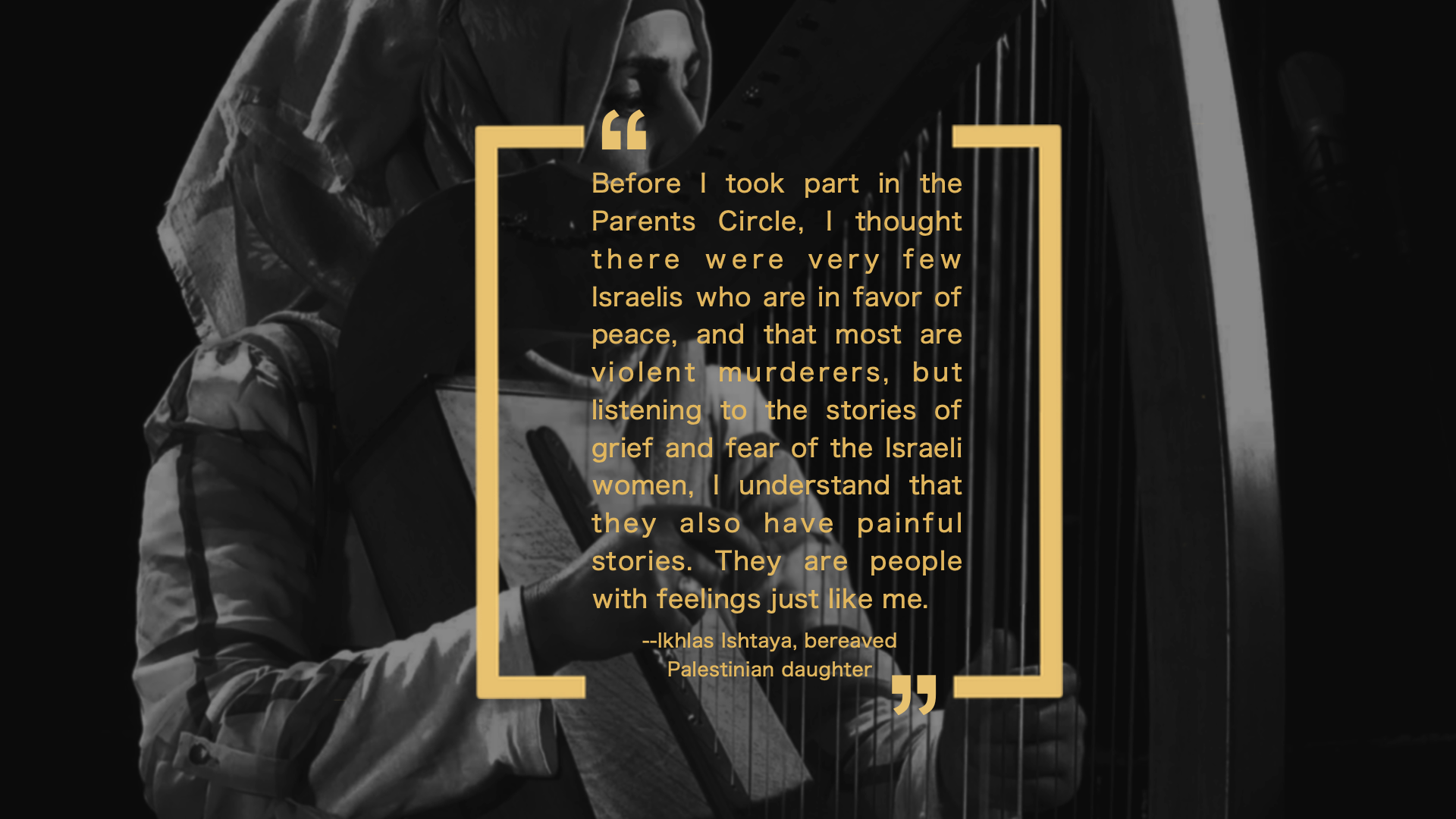 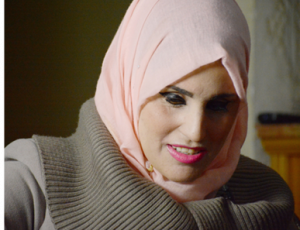 My name is Ikhlas Ishtaya and I live in the village of Salem in the Nablus District. I’m 30 years old and there are 8 brothers and sisters in my family. My sister and I were born blind. In my childhood, I went through several failed treatments, until finally my parents sent me to a special boarding school for the blind, where I learned to read and write.

On the morning of September 27, 2004, I was in the 12th grade, and I woke up early to go to school, as my father was preparing to leave for work in Israel. It was an ordinary day, so I didn’t even say a special goodbye to my father. I was sure I would see him later.

When I returned home after school, I met a relative of mine who screamed and cried as she told me that my father was hit by a bullet fired by a settler. It didn’t take me long to understand that my father was dead, no longer among the living.

In an instant, I became truly and utterly blind. With the loss of my father, I lost my “sight” and the ability to cope with life’s hardships. My father was a source of support for me, my friend and principal care taker.

My heart was filled with resentment and I felt a dire need to seek revenge against the Israelis who had killed my father– an innocent man– for no reason.

After my father’s death, I left school and didn’t want to go on living, but my mother insisted she would help me go back to school to graduate. During our time of mourning, my family told me about a group of Israelis who wished to come console me for my father’s death. I refused to meet with them and started shouting at them when I encountered them. As I was shouting a woman named Ariella came up to me. She embraced me and started crying as she spoke words of comfort.  It was the first time I heard the enemy cry.

This is where my journey with them began, as they give me a lot of help and support. After I met the group at my house, I participated in a gathering of the Combatants for Peace movement, a joint Israeli-Palestinian organization. I later met a man called Mazen, who invited me to join the Israeli-Palestinian PCFF (Parents Circle Families Forum), which includes bereaved families from both sides of the conflict who have lost their loved ones. I decided to join the Forum and immediately felt it was my second family.

One of my most difficult experiences in the organization came when it was my turn to tell a group about a tragic personal experience that happened to me and my family as a result of the conflict. When I shared with the group about the moment that I was told that an Israeli settler shot my father who died on the spot, I began to shake and to cry. During the story, I didn’t sense that the other participants were crying, especially the Israelis, but my friend who sat next to me whispered in my ear, “if you could only see how moved both the Israeli and Palestinian women are by your story…”

Before I took part in the project I thought there were very few Israelis who are in favor of peace, and that most Israelis are violent murderers, especially the youngsters. As a result of my participation in the project, and listening to the stories of grief and fear of the Israeli women, I understand that Israelis also have painful stories as a result of the conflict. I was very moved by their stories because at the end of the day they are people with feelings just like me.