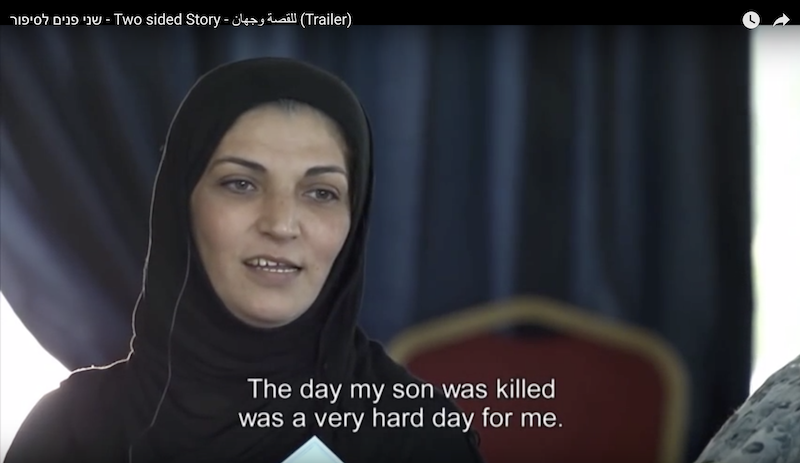 In the film, Emmy award director, Tor Ben Mayor follows a group of 27 Palestinians and Israelis who meet under the frame of a unique project called “History through the Human Eye” led by Parents Circle-Families Forum – bereaved Palestinian and Israelis for Peace and Reconciliation. The project’s goal is to acknowledge the narrative of the other. Together they create the conflict mosaic. Among them include Bereaved families, Orthodox Jews and religious Muslims, settlers, ex soldiers in the Israeli army, ex security prisoners, citizens of the Gaza strip, kibbutz members, second generation holocaust survivors, non violent activists and more. Each and every one holds his own historical truth, and carries with him his own emotional baggage.

Two Sided Story is only available as online Vimeo stream; we are no longer able to offer DVD copies of the film.

To hold a public screening of the film, click here.